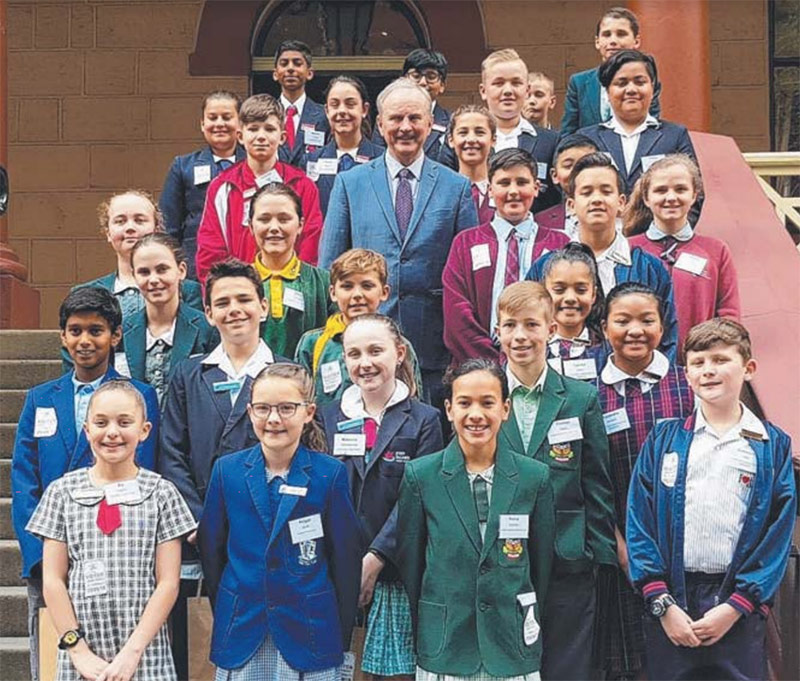 They’re often accused of being childish but it didn’t apply to the Mary Immaculate Primary youngsters who visited State Parliament on a school excursion.

Mr Conolly started the annual event to inspire junior students in leadership roles to think more broadly about leadership in the community.

“It is also an opportunity for me to recognise the hard work that school captains and leaders give to their school communities” Mr Conolly said.

The Deputy Speaker acknowledged students, who also watched question time in the Legislative Assembly, aka the bear pit, where they saw Gladys Berejiklian and other ministers locking horns with the opposition.

“I enjoyed it when the guest speakers came in,” she said.

“I really enjoyed meeting other schools and bonding with them. I think that Question Time was quite interesting.”

Mr Conolly then gave the students a personal tour of Parliament House.

Send us an email